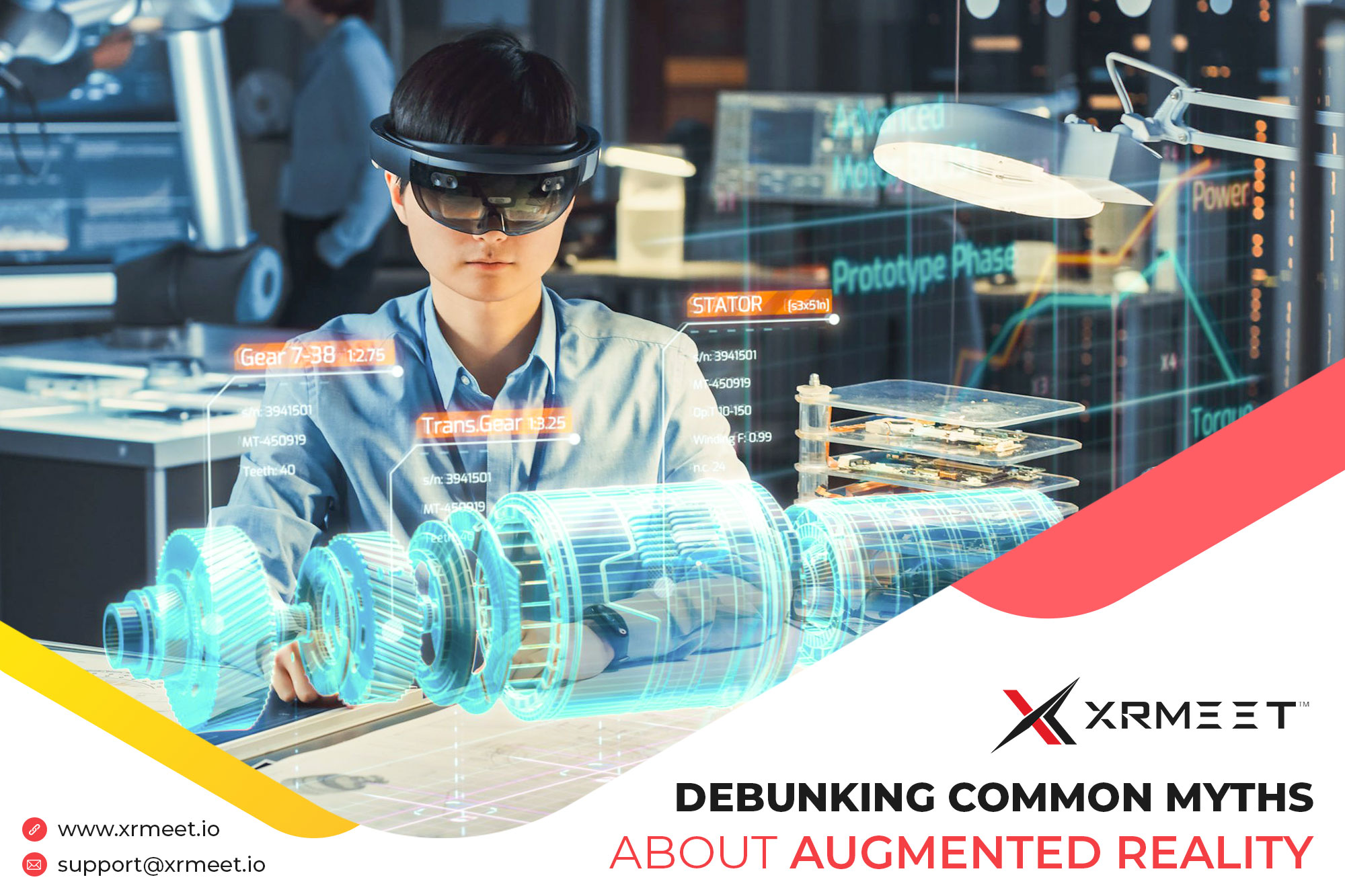 As Augmented Reality (AR) becomes more and more popular with each passing day, there is a rise in the myths circulating about AR. These myths and confusions around augmented reality arise due to the lack of knowledge about this technology. So, let’s start from there.

What is Augmented Reality?

Augmented reality is a technology that superimposes digital content, be it 3D models, images, videos, text, audio, and more, to the real world in real-time using smart wearables, smartphones, and tablets.

As you know what augmented reality is, we can address some widely spread misconceptions about AR that still hold this technology back.

Though AR and VR are slightly related, they provide an entirely different experience to the user. When a user uses augmented reality technology, they can clearly distinguish between the real and virtual worlds. In other words, AR acts as a bridge between the real and virtual worlds. AR is experienced through smart wearables, smartphones, and even tablets.

It is another myth that augmented reality platforms are on the expensive side. In actuality, AR platforms and software are pretty affordable when you purchase the right one that suits your business goals and operations. A thing you can consider before making a purchase is to choose to buy from an AR focused company that has its proprietary AR engine. This will make the AR platform easily customizable and affordable, even for big enterprises. And today there are quite a lot of options out there for businesses to choose according to their budget and requirements.

• The Applications of Augmented Reality is limited to Gaming Sector

This is one of the biggest misconceptions about augmented reality. Though AR was used mainly in the gaming and entertainment sector in the initial stages, things have changed now. AR is now revolutionizing other industries as well. Industries like manufacturing, automotive, tourism, oil and gas, education, retail have been reaping the benefits of this immersive technology for quite long.

• Augmented Reality is only for the Tech Giants

Yes, we have seen tech giants investing heavily in augmented reality. We see this often because they know the true potential and knows AR is the future. And seeing many of the tech giants investing in AR makes other enterprises and businesses grow fond of it to try it in their operations. And it is a proven fact that companies that have adopted AR have seen drastic improvements in downtime, productivity, sales, and more.

• Augmented Reality is a Passing Fad and has no Future

It indeed takes time to accept an emerging technology. With continuous updates made in this technology and even more applications seen in almost every vertical, people will start to embrace augmented reality even more in the future. AR is not a passing fad, my friend; it is to stay forever.

Mistakes to Avoid while Choosing a Remote Assistance Software

Digital Transformation Trends in 2023 that Can Shape the Manufacturing Industry

The Impact of Augmented Reality in Knowledge Acquisition

How is AR Transforming the Rail Industry?

Visual Assistance – We See What You See

What is the Future of Field Service?

The Era of The Connected Worker

Can Remote Assistance Bring You Close to Your Customer?

How to Overcome 3 Key Problems in Healthcare using AR?

How to Tackle Complexity in Manufacturing?

How can XRmeet Reduce Operational Costs?

4 Important Use Cases of AR in Telecommunication

How is AR Revolutionizing the Future of Mining Industry?

Can AR Reduce the Cost of Poor Quality?

How Does AR Training Aid in the Safety and Excellence in Refineries?

The Role of Metaverse in Industrial Companies

How can Object Detection Based AR Solution Help your Business?